To act as an extension of our clients, interacting and offering appropriate solutions, through the understanding and planning of each process.

To expand our market share by offering solutions that add value to our customers and ensure the profitability of our company.

To train and to motivate our people to act in accordance with the main attributes of our company: Agility, Expertise and Determination. 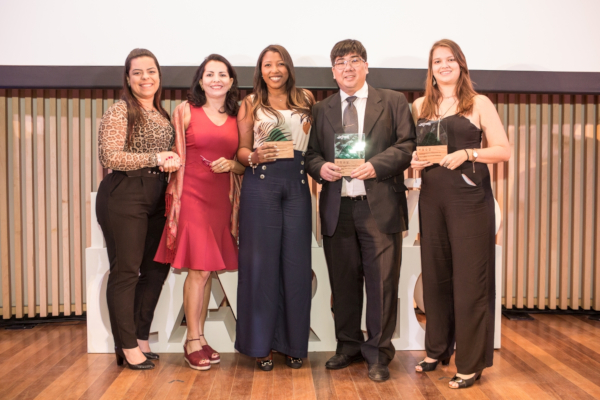 ILS Cargo was awarded as the best freight forwarder and customs broker in the chemical and cosmetic segments for the third consecutive year (2016, 2017 and 2018) at "Programa de Eficiência e Logística RIOgaleão".

Founded in 1999, with the main objective of serving the segments that demanded competence and agility, ILS Cargo specializes in the aerospace sector and its emergencies, AOG (Aircraft on the Ground), in the year of its foundation. Our main focus was the USA and Brazil traffic, and since then we have developed our own structure in Miami.

AOG was the slogan that moved ILS team in Brazil and abroad, attending 24 hours a day, 7 days a week. As AOG was very specific to the aerospace sector, we took the concept to the automotive sector, which already operating in Just in Time, was looking for Time Critical. The emergency of emergencies. And then, for such important niches that were facing some bottlenecks like pharmaceutical, hospital, oil and gas among others.

In the same way, ILS Cargo specialized in customs clearance in several different countries, since the Time Critical would not be critical without the customs.

In 2003, ILS Cargo founded its own structure in Mexico. Today, ILS Cargo Mexico has a strong presence in Vera Cruz, Manzanillo, Guadalajara, Monterrey, and of course its headquarters in Mexico City.

With a strong national and international presence, ILS Cargo has developed hubs in the main European countries since the incorporation of the Crystal Group in 2015 (France, Germany, Belgium, Turkey). With Crystal Group, we have presence also in Morocco and the United Arab Emirates.

In order to expand our participation globally, ILS Cargo is part of several specialized networks for each niche market, among the main ones: - TALA (aeronautical), X2 Logistics (Time Critical), W.C.A. (largest group of independent agents in the world).

In Asia, we are strongly represented by large groups, with whom we participate in the above networks.

Competence, agility and determination are the main attributes of our company since the foundation.

Today, ILS Cargo's vision is to expand its brand offering services that add value to its customers, maintaining its competence on emergencies, customs clearance and with a look to the future, very close to the innovations that come with information technology. Currently, ILS Cargo delivers to its customers the latest in systems to measure and analyse performance and costs (KPI, Audits, Critical Analyzes, Business Intelligence).